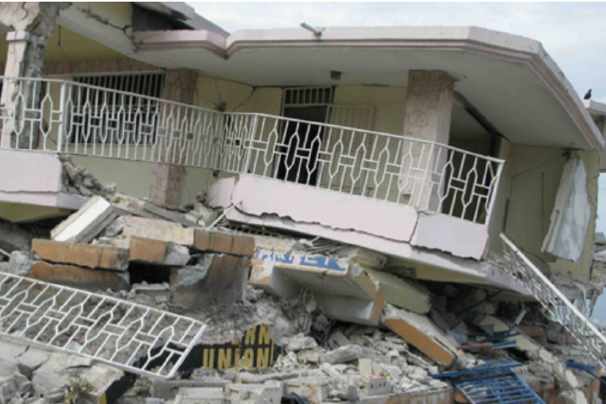 Haiti’s earthquake was January 12, 2010. I will never forget this date, a day of sorrow. It was nice in the morning, beautiful weather. Everyone was moving around, doing business as usual. If you ever talked about a possible earthquake in Haiti, people would laugh at you. As time went by, that beautiful day would become one of sorrow, an unforgettable day, a day where all Haitians would be made one by standing united. A day where I personally saw some miracles and also thought it was the end of the world. Around 4:45 PM, only God knew what would happen. If we Haitians knew the terrible sorrow that would come upon us, we would rather have died and been finished with everything.

Around 4:47 PM all of Haiti “shook.” In a flash, all you heard in the streets and around the neighborhoods were people crying, grieving, weeping and yelling for God to help. Buildings started collapsing, houses started smashing down and people started dying. Dead bodies were all over the place. At that terrible time, my wife and I were in our small business in Delmas 33rd under the storage house. In a fast second everything flipped upside down in there, no time to run and if we could run, where? The first and second floors of the building we were knocked off. The next thing we knew, we were stuck in there, all of the doors got locked and we were surrounded by pieces of concrete and the place became suddenly dark. My wife and I thought we would die, but at least together. We embraced and held very tight until we realized that we did not die. That we were alive. We thanked God almighty for that, only minutes after we realized that we were under a ton of bricks and there was no way out.

We began to wonder what was going on outside, why people were crying and what happened to our daughter who was in school? We started crying and screaming for help, but all we heard from outside were other people crying and calling for God help. We kept on screaming and crying until some people heard us under the bricks. They came and started to unpile the bricks that were on us and took us out of there. We were finally out after a while. When we stepped outside, what we saw was crazy, we could not believe it. They were throwing dead bodies along the side like trash.

We realized that we might have lost our beloved daughter who was at school at that time. We tried to contact the school office, but no answer. All of the telephone networks went down, there were no communications whatsoever. So, we rushed to our daughter’s school and when we got there, she was fine, but her school collapsed down minutes after she left. We rushed home. But, our house had collapsed down as well, with three people under it. Life hit us with double sorrow! We found out that in my house were my cousin and her two kids. We felt so saddened again! Two innocent children and a mother just gone.

The night of January 12 was unforgettable. We all got together as one, to overcome that tragic situation. One bag of water was shared with ten people, but it brought love and harmony among us. The other miracle I saw, was a big house in my neighborhood that collapsed with ten people beneath it. A seven-month old baby, plus a dog were inside. But God was good enough to protect the baby and keep the dog alive. The dog wanted people to know that they were alive and started barking like crazy. When people heard the dog, they went to rescue it and saw that the dog was protecting a baby- and the baby came out without a scratch!! They rescued both… for me and for everybody else that was one of God’s miracles.

Now, as days went by, my wife and I started thinking about what we were going to do. Our home was gone, our business was gone with everything in it. We lost everything. We thought about the future and felt life was miserable, but we were thankful to God for being alive. We lived under a tent for few weeks. It was unsanitary and very contaminated. So, I decided to leave Port-au-Prince and head to Mirebalais, only 45 minutes away from Port-au-Prince. During the earthquake, not even a single house collapsed there. This is where I met with World Water Relief (WWR) staff and became enrolled with WWR in August 2010. Since then, life started to become different. Not only am I getting paid for my position as a hygiene educator, but most of all, God set me in a position through WWR to help Haitian kids. As you all know, after the earthquake, all the dead bodies were thrown out like trash and so all of the water became contaminated.

With WWR, I educate my people- other Haitians -about the importance of proper hygiene and sanitation. I help build sustainable water filtration systems that prevent kids from catching any type of water sickness. WWR is doing wonderful work in Haiti, the whole community observes this. WWR does not come and go, it’s a ten year commitment and all of the WWR staff loves what we are doing… It’s all a matter of saving lives!!! 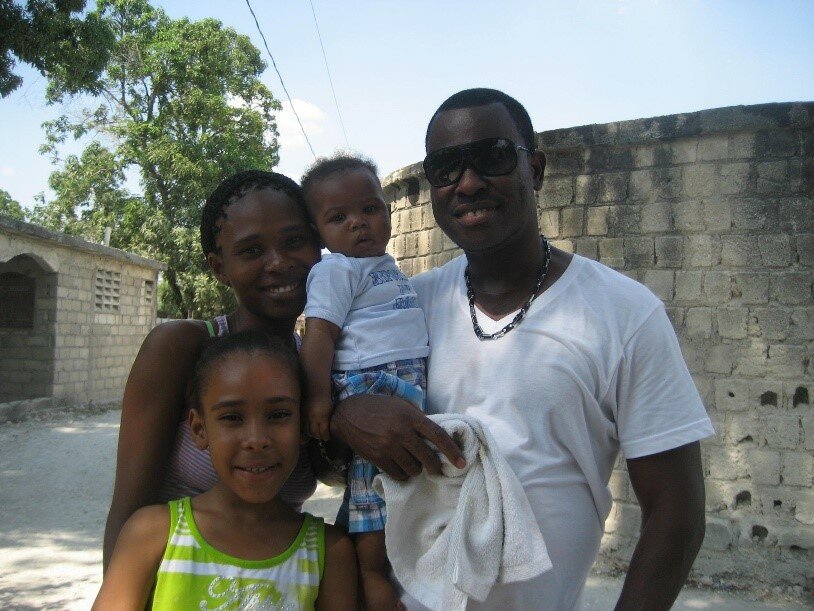 Solo and his family